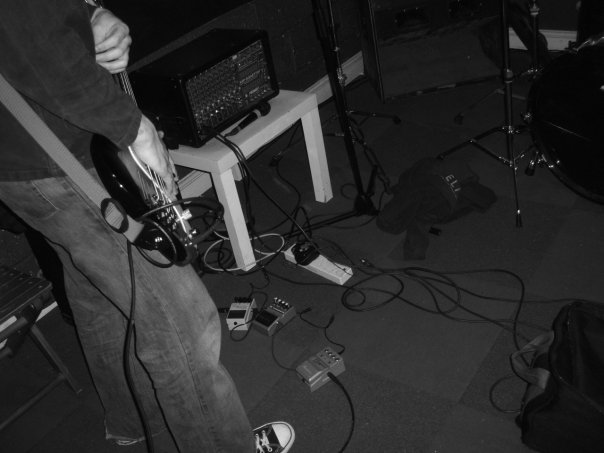 http://soundcloud.com/karl-john-mason/sunny-day
Posted by Karl John Mason at 06:37 No comments:

I recently went out to tear it up.
like back when I was Nineteen.
A whooping Ten years ago.
I could have had a Ten year old kid by now.
In fact some of my friends do.
Anyway.
We went to the Cockpit.
A nightclub/venue in Leeds city center.
I've had some great nights there seeing bands,
and drinking the night away.
They have three room.
one plays cheese.
Everything from Prince to Backstreet Boys.
The main room plays whatever is popular.
I'm not sure how they gauge that nowadays.
Whats trending is my guess.
I dont know.
The third plays Indie as far as I can remember.
I didn't get in to the third room.
It was packed.
The whole place was to be honest.
First things first.
Christ was it loud.
It was ear splitting.
The first room you end up in,
the main,
was playing Dub step.
So as you can imagine i was less than pleased.
But fear not.
They played one song in the whole night.
In the main room,
where i spent most of the night,
they played good old rock, punk, ska, etc.
Everything I wanted.
It was like they had read my mind.
Does that mean my mind is on twitter?
...
Anyway,
I'm so glad my Girl Friend had some spare ear plugs.
Jesus it was loud.
I knew I was gonna have a head ache from all the head banging i was doing.
I didn't need the ringing in my ears too go with it.
Secondly.
Has none of the youth of today seen anyone ska dancing?
It was like a bunch of pilgrims watching a heaven try to conjure rain.
They where spell bound.
I soon had a circle round me.
Maybe they all though I'd gone mad,
and felt the need to go for a quick jog,
with out ever moving from the spot I was on.
Thirdly.
Never, never let me drink Newcastle brown again.
I used to have a teenage tradition.
When ever a song of tragic Kingdom by No Doubt came on,
other than Don't speak.
Try not to be shocked but they did have more than one song.
I would buy, drink and dance to the song.
Dont ask why,
I cant remember.
I told my friend this tradition.
And by odd's of odd's just a girl came on.
sure enough he got me a bottle and i danced whilst trying to drink the rancid filth.
I must have truly grown out of it.
Anyway he bumped in to me,
apologised and ran off,
and before you could say just a girl.
He'd bought me a new bottle to replace the one he thought I'd dropped.
So now i had two bottles to neck.
Joy.
After that I was on to the coke.
As in Pepsi not the class A drug.
...
Final note.
Will all you young fellas please, please stop bro hugging in the mens.
Some of us need to piss.
Bro hug outside where passers by can view how your down with your bros.
I dont need it whilst I'm trying to piss.

They did it better

I've spent most of the afternoon making some music on my synth.
Its a K station Bass synth by Novation.
I love it.
Hundreds of pre set effects,
and plenty of space to make your own.
I set it up and played a nice haunting synth sound.
Used my Boss RC-2 to record it.
Put the synth down and picked up my guitar.
Played Deftones's song change.
Great fun.
It got me in the mood to try and write some new music.
Set up my gear and recorded away.
I have a riff I've been playing with for awhile now on my bass.
I recorded that.
Put a haunting synth,
My favourite kind,
underneath.
Put a simple guitar riff on top.
Nothing special.
This was just the intro.
I could see this song stretching up past ten minutes or so.
I sat back to do some basic effects mixing and such.
Thats when it hit me.
It sounded like Tool.
Killer, I love Tool.
Problem is it sounded way to much like Tool.
To the point where I'm sure they've already recorded it.
This happens way to often.
Just when I think I have a killer riff,
something with that x factor that makes a song,
turns out someone has already done it.
Nuts.
I've saved the song till I can find out which one it is.
Though I might just finish it.
Hopefully when its done it wont sound to much like Tool that they'll sue.
Posted by Karl John Mason at 08:37 No comments:

Nobody gets out alive

Tuesday just gone I was at a gig.
It was Skindred and Therapy?
It was a lot of fun.
I didn't feel to old at this gig.
Though by eleven I really wish I was at home with a cup of tea.
Their was some forgettable band as first support.
I forgot what they sounded like almost instantly.
The second support was Black Spiders.
They where good in a Clutch style texas rock way.
First of the two band I wanted to see was Therapy?
I've been a fan of them since i first got hold of Trouble Gum way back when.
It was great to sing along to their songs with a couple of hundred other people.
The sound man needs a kicking though.
The bass clipped the whole way through the set.
Skindred where ace.
Benji was as always a brilliant front man.
They kept my attention the whole way through.
Even with their goofing around.
A great set from a great band.
As always I had my post gig takeaway.
Chicken Cottage.
Drowned in chllie sauce.
As we sat in the take away a bunch of white, teacher/bank manager types decided to have a argument outside.
Lots of pushing at each other and shouting.
A Jamaican customer in the shop turned to us and said,
in his thick accent.
"the problem with you white boys is dat when you fight you flap like peacocks."
Cracked me up all the way home.
Posted by Karl John Mason at 15:57 No comments:

My home town been the way it was i didn't learn about a lot of bands till I hit college.
It been a small yorkshire town.
At school there was effectively me,
and every body else.
The only outlet at the time I started to discover music was my mums record collection.
Lots of Simon and Garfunckle and Simply Red.
In amongst it all was a lot of good Motown and soul records though.
I learnt about good music from movies.
Soundtracks where the way at the time.
Radio One been filled with shite pop.
I wasn't getting a lot of new music though.
As a child/young teen I watched the same movies over, and over.
Then along came a game that would change all this.
Along came Tony Hawks.
This sound track had it all.
Dead Kennedy's,
Primus,
Goldfinger(A personal fave for years to come),
The Vandals.
I was introduced to punk.
I learnt fast.
From everything from the Descendants to the Offspring, to the Clash and back again.
I was hooked on punk.
Then the sequels came out.
Featured more rock this time.
Fu Manchu,
Rage against the machine.
The third had some classic songs.
As the series progressed it became more about the songs and less about the skating.
I was always frustrated that I could never really skate all that well.
I used it as a way of getting around more than trying tricks.
As I got older it became more of a hassle to have it on me as I went to the bar.
but the music made me keep on buying them.
I cant remember which the last one I bought was.
All I remember that the soundtrack didn't excite me as much as it used to.
There was to much hip hop.
Not that I don't like classic hip hop.
To me being a skater was about punk, pop punk, ska and rock.
It was a different time I guess.
Skaters have changed the music they listen to.
To them I must look like those sixty's skaters with out a clue what was about to happen to the scene when the Z boys showed up.
But then i met a couple of skaters in college a few years back that listened to post rock.
So go figure.
Posted by Karl John Mason at 15:18 No comments:

Were on a mission

I wouldn't say I was in to musicals.
Of the top of my head I can think of maybe three I like.
3. Moulin Rouge.
I like the plot and the way they use modern songs.
2. South Park the movie.
I dare anyone not to laugh at the songs in that movie.
That brings me to number one,
Blues Brothers.
I know.
Its pretty much everyones favourite musical.
Even if half the fans didn't realise it was a musical.
Its got great tunes.
Everyone a classic in their own right.
Great musicians.
All the top of their game.
Funny as hell.
Slapstick and good set ups.
Instantly quotable.
I could write a whole new blog to fill with quotes from this movie.
Iconic.
The car, the suits.
It's the highest selling blues record of all time.
Which is epic in its own right.
Especially as it has a country song on it.
Its just a great movie all round.
I have spent many an hour learning songs from it.
Dan, the man, Aykroyd is the sole reason I try to play the harmonica.
I love that movie.
The less said about its sequel the better.
Its not that they tried,
because the line up is great,
its that they failed to capture the feel of the first.
I think thats all to do with timing.
The music is of its time.
Still timeless.
but of its time.
You can guarantee if they tried to make a third it would have Sea Sick Steve in it.
Who by they way is great.
...
I think I'll watch it tomorrow.
Its been a while.
But for now I'll listen to the sound track one more time as I dust of my harp and try again to learn this blasted instrument.
Its the bend.
If I can crack that I'm home free.
Posted by Karl John Mason at 15:01 No comments:

Sunny day
A song I wrote sat in the dark about how I should have been doing something in the sun.
Enjoy.
Posted by Karl John Mason at 14:43 No comments: 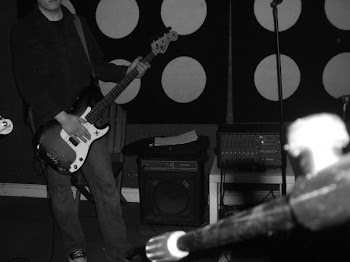 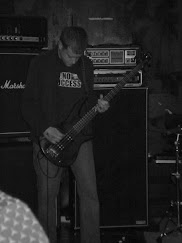 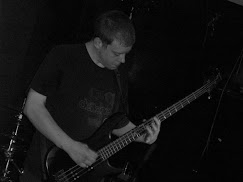 Hi to you all.
My name is Karl.
Im nearly thirty,
and I love music.
I've been in and out of bands.
I decided to write a blog.
So I can rant about my experiences.